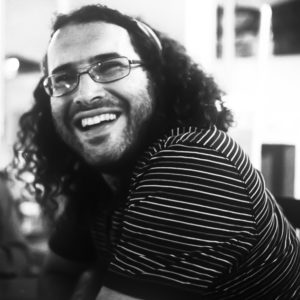 Benjamin Rosman is part of the SingularityU South Africa faculty with a focus on machine learning, artificial intelligence, robotics and automation.

He is a Principal Researcher in the Mobile Intelligent Autonomous Systems group at the Council for Scientific and Industrial Research (CSIR) in South Africa.

Benjamin is also a Senior Lecturer in the School of Computer Science and Applied Mathematics at the University of the Witwatersrand in Johannesburg, where he runs the Robotics, Autonomous Intelligence and Learning Laboratory. Benjamin works primarily in the area of skills and behaviour learning and transfer for robots.

He currently serves as the Chair of the IEEE South African joint chapter of Control Systems, and Robotics and Automation.

This SingularityU South Africa faculty member is a leader in his field. He has a passion for growing the African machine learning community and is a founder and organiser of the Deep Learning Indaba. In 2017, he was a recipient of a Google Faculty Research Award in machine learning.

He is part of the SingularityU South Africa faculty with a focus on robotics, machine learning, decision theory and artificial intelligence. As a lecturer he is no stranger to the podium and has presented technical and public talks around the world. Benjamin holds a PhD in Informatics and a MSc in Artificial Intelligence both from the University of Edinburgh in Scotland. He also completed a BSc (Hons) in Computer Science and a BSc (Hons) in Applied Mathematics from the University of the Witwatersrand in Johannesburg.

Principal Researcher at the CSIR

He is a principal researcher in robotics in the Mobile Intelligent Autonomous Systems group at the Council for Scientific and Industrial Research (CSIR) in South Africa, which undertakes directed, multidisciplinary research and technological innovation. It aims to contribute to the improved quality of life for South Africans and plays a key role in supporting various government programmes. His research interests focus primarily on reinforcement learning and decision making in autonomous systems, in particular how learning can be accelerated through abstracting and generalising knowledge gained from solving related problems.

Senior Lecturer at the University of the Witwatersrand

He is passionate about education and has remained in the academic space since receiving his PhD, and is a senior lecturer in the School of Computer Science and Applied Mathematics at the University of the Witwatersrand in Johannesburg. Here he runs the Robotics, Autonomous Intelligence and Learning Laboratory focusing largely on foundational research, and teaches courses on robotics and machine learnings.

The Deep Learning Indaba, which was founded in 2017, aims to strengthen machine learning across the African continent through state-of-the-art teaching, networking, policy debate, and support programmes. It encourages Africans to become critical contributors, owners, and shapers of the coming advances in artificial intelligence and machine learning. In addition to some of the largest machine learning summer schools in the world, the Indaba programme has supported events in over a dozen African countries.