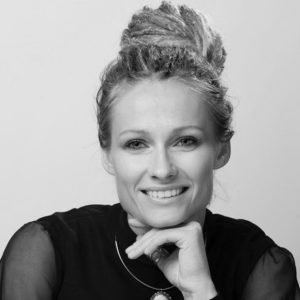 “The reason she wants to go to Mars is simple: The allure of the unknown is far more powerful than the comfort of the known.” Adriana Marais – theoretical physicist, Head of Innovation at SAP Africa, Director at the Foundation for Space Development and aspiring extra-terrestrial – believes that we are living at a unique point in the history of life on Earth.

Developments in science and technology are taking place at an unprecedented rate and the expansion of our society beyond this planet is within reach. As a member of the SingularityU South Africa faculty, she talks about research in quantum biology and the origins of life, the technology required to sustain terrestrial life on Mars and the various projects that aim to send crewed missions there.

She discusses how the establishment, and potential discovery of evidence of, life on Mars, would be one of the most profound possible contributions of science to humanity, as well as how technological developments inspired by space exploration are crucial for creating a sustainable future on Earth.

As a member of the SingularityU South Africa faculty, she speaks about her research in quantum biology, the origins of life, the technology required to sustain terrestrial life on Mars, space exploration and the potential of crewed missions to the red planet. She also discusses how technological developments inspired by space exploration can create a sustainable future on Earth.

She holds an MSc in quantum cryptography and a PhD in quantum biology. Her research focuses on photosynthesis and the origins of life. Adriana has authored numerous articles and received a range of awards, including the International L’Oreal-UNESCO Women in Science Award (2015) and Royal Society of South Africa Meiring Naude Medal (2016). She was also selected as a leading young physicist to attend and speak at the prestigious 66th Lindau Nobel Laureate Meeting (2016).

Head of Innovation at SAP Africa

As Head of Innovation at SAP Africa since 2017, She is passionate about creative applications of emerging technologies that will improve people’s lives across Africa and the world. She was selected to speak as a Rising Talent at the Women’s Economic Forum in 2017. She is currently pursuing a second PhD in economics, which focuses on designing a resource-based economics model that will facilitate sustainable expansion beyond Earth.

Director at the Foundation for Space Development

As Director at the Foundation for Space Development, Adriana is planning a Mars simulation expedition to Anarctica in the winter of 2020. She is also driving the Africa2Moon project that aims to inspire African youth to ‘reach for the Moon’ through education, science and space exploration.

She has always dreamed about living on another planet and is one of 100 Mars One Project astronaut candidates in line to move to Mars in the coming decade. She believes that establishing, and possibly discovering evidence of, life on Mars, will be our most profound human achievement yet.