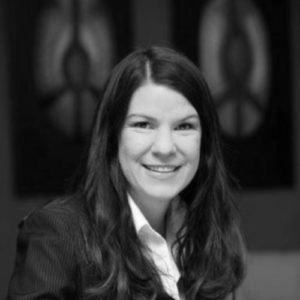 Tanya Knowles is a SingularityU South Africa Faculty Member with a focus on the blockchain, cryptocurrencies and initial coin offerings (ICOs).

She is the Managing Executive of Fractal Solutions, a division of Strate, which is tasked with the research and development of disruptive technologies, including blockchain and distributed ledger technology. She is also the Chair of the South African Financial Markets Blockchain Consortium, which represents close to 50 of the country’s largest financial institutions.

Tanya is a well-renowned speaker and thought leader in her area of expertise, who has presented across four continents. In her private capacity, she is involved in a number of women’s leadership and mentoring initiatives that are aimed at professional business women.

As a SingularityU South Africa Faculty Member, Tanya focuses on the blockchain, cryptocurrencies and ICOs. She is passionate about how distributed ledger technology may be leveraged to solve some of Africa’s grand challenges, such as the distribution of foreign aid, electricity and medical supplies, as well as conservation among others. She is constantly researching distributed ledger technology use cases for African environments.

Tanya has completed a certification in blockchain technology from the Massachusetts Institute of Technology (MIT) and holds a BA, PDM, and MBA from the University of the Witwatersrand, Johannesburg.

In her role as Managing Executive of Fractal Solutions, a division of Strate, she was tasked with researching and developing distributed ledger technologies, alongside her colleagues. Strate is South Africa’s authorised Central Securities Depository, which provides electronic settlement of securities concluded on various stock exchanges across the country.

Since September 2018, she has been the Chair of the South African Financial Markets Blockchain Consortium. It represents around 50 of South Africa’s largest financial institutions. Its aim is to illustrate the transformative potential of blockchain technologies, especially in developing countries across the continent, as well as to educate the industry so as to benefit the country and local economy.

In her private capacity, she mentors professional business women to accelerate economic transformation, and is involved in a number of women’s leadership initiatives.